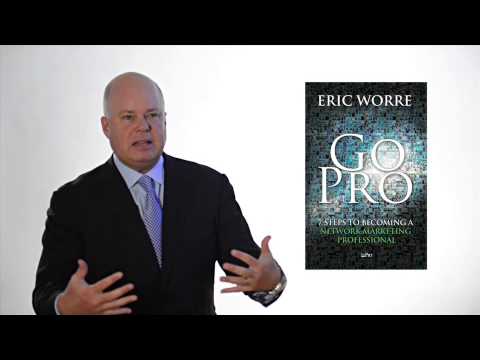 In Network Marketing, meetings make money. It’s just that simple. Yes, technology can help us connect with people in ways that are becoming more and more efficient, but nothing replaces face-to-face interaction.Meeting people one on one, in small groups, or at local or bigger events, will have a huge impact on the long-term success of any Network Marketing organization. But one particular type of event is the most powerful, and that is the “destination” event. It might be a company-sponsored event or one put on by your upline leadership, but a “destination” event is one where most of the attendees travel to a different city, stay at a hotel, and participate in a conference or convention.Overall, the sense of community at a destination event is comforting. We all live in a world filled with ignorant people when it comes to Network Marketing. That can get discouraging at times. But when we go to a big event, suddenly we are surrounded by people who think like WE think. They have similar beliefs, hopes, dreams, aspirations, and positive attitudes. Spending time with this amazing group of people can literally fill us back up again so we have strength for the next push.Promoters make the event a priority in their group. They are relentless with their message. They tell stories that inspire people to action. They take nothing for granted and don’t rest until people have registered. They paint a picture in people’s minds about how great the event will be and the benefits of attending.Think of this skill as if you are a publicly traded company and your stock value is tied directly to how many people you have at each destination event. If that were the case, you’d make it a priority to always have a bigger number at the next event, wouldn’t you? You might start with just you at the first event, but then the goal needs to be to bring some people with you to the next one, and to grow that number at the next and the next and the next. There’s no such thing as a silver bullet in Network Marketing, but this skill is as close as it gets.For more information on thi skill set, read chapter 10 of Go Pro.